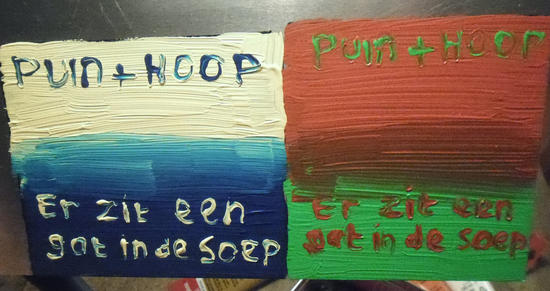 The second album on Narrominded, Puin + Hoop is a Dutch band that make ambient, improvised soundscapes. The title means "there is a hole in the soup" and pretty much means nothing, according to the band it just sounded good with the overall feeling of the music.

The music is slow and the minimal changes resemble a landscape unraveling further with each step you take. Tiny specks of post rock or krautrock together with the eerie strings give an air of mistique to the album. Much shorter then their previous album, it was supposed to be a live recording but those recordings failed.

Many fish in the sea but this band seems to be one of the good ones. This reminds me of the better work on the Hibernate label... Recommended and you get a unique, handmade cover in painted plate metal, only 100 made so hurry up!