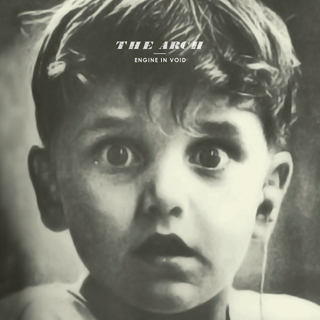 When I was young (no irony here!) I was just like everyone else proud to buy my very first cd. Those first plastic things that would destroy the whole industry I devoted my life to, were albums by Psychedelic Furs and a Belgian band named The Arch.
This CD was “The Messier Album” and 22 years later it still remains one of Belgium’s most underrated albums ever, not to mention the fact that two decades later The Arch are still there.
“Engine In Void” has found its release on the German Echozone imprint something that’s not so strange since these electropop-wavers are having more success abroad than in their native country.
It looks strange but in Germany for instance, they consider a track like “Babsi ist tot” a classic... as it should be!
Of course we can keep on dwelling on things that aren’t actually taking place and for those who care, we can reveal that the newest album by the Arch is one of the better album you’ll find these days on Belgian soil.
The mastering by Eric Van Wonterghem gave the twelve tracks an actual sound, even if it feels like the songs could have been released in 1988. I always thought that The Arch's music is quite similar to that of Poesie Noire. Even if the first ones are more electro-punk oriented, comparing them to Jo’s band: that’s a flattering thing.
Well written songs are captured in an atmosphere that’s created by melodic synths and coldwave-guitars. It even features a stunning cover from “My suitor” by Berntholer.
This mighty new album is also available (only from the band though) in a special black bag with their 2009 compilation “The Arch of noise” a brilliant overlook of their 1986 - 1995 output.
Along with their buddies (and label-mates) Der Klinke we dare to say that perhaps they might be one of those famous last Mohicans. But then they also have delivered an almost classic album.

Other reviews from THE ARCH
THE ARCH • Brussels, The Backpacker Bar (29/04/2016)
THE ARCH • Fates
THE ARCH • Beating The Balance