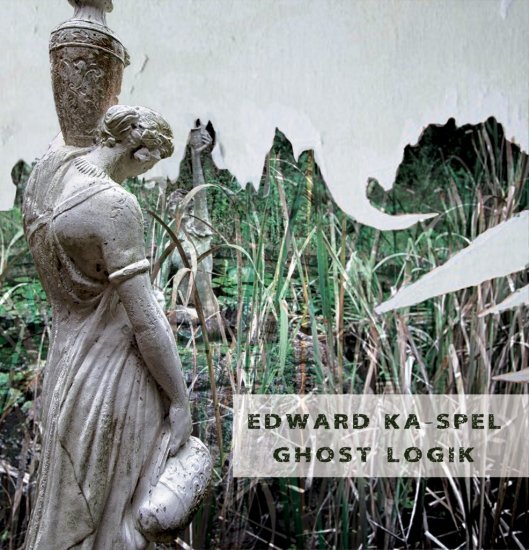 I recently got the privilege to interview Edward Ka-Spel who is in my humble opinion one of the most magical musicians of all time. I asked him what's the difference between his solo-albums and those from The Legendary Pink Dots as I'm sure that not even the most dedicated fans will notice the difference. Edward's answer was : "The solo music is maybe even more indulgent than Legendary Pink Dots, sometimes I like to do all the I’s myself."

Perhaps I'm dreaming as after all there will only be one person who'll understand his fantasies and that'll be Ka-Spel himself, but somewhere I think I get the picture as Ghost Logik feels like you're in the middle of a (creepy) fairy tale. You'll never know if Edward's voice will lead you to some nightmare or the ultimate dream.

He really has everything a talent requires as he can write excellent poppy tunes (yes, he can), but he also gives you a glimp on the innerside of his soul.

On this album you can find eight tracks and I guess that there will be no one around who is able to describe its sound, but let's say it's Krautrock seen through minimal (daydreaming) eyes as this is once again the work from someone who is on some different planet, but the place he lives at is so beautiful that you immediately want to get there.

Edward Ka-Spel has never made an easy record and this one isn't either, but he never let us down one second as well. Another classic from a unique musician.