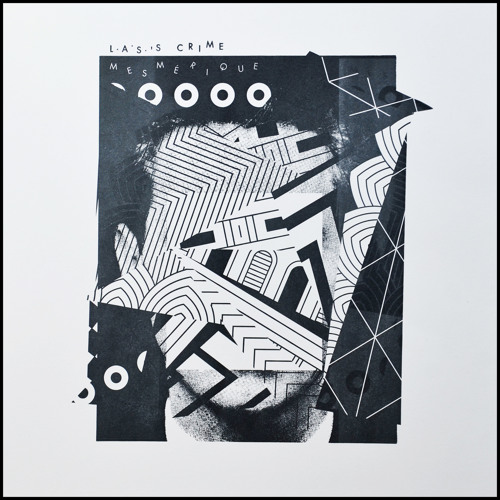 Mesmérique is a compilation of Italian duo’s L.A.S.’s Crime work bringing together demo tapes dating from 1985 through to 1988 and finishing with 2 tracks from their album Abyss. I wasn’t familiar with the group and was pleasantly surprised by the band’s musical ability and the variation of work on this compilation.

The earlier work on Side A ranges from minimal experimental industrial to frantic EBM numbers.

Side B is drawn from later work,and sounds quite different. Tracks like The Act remind me of Trip Hop popularized by PJ Harvey nearly a decade after the L.A.S.’s Crime Demo. It has a wonderful gothic organ and deep male vocal line I loved.

As an Irish man I had to mention that L.A.S.’s Crime are named after Lord Arthur Seville’s Crime the Oscar Wilde story about the power of suggestion (in the stories case a palm reader tells Seville he will commit murder, so Seville sets about committing murder with bloody single-mindedness.) I believe the duo have mastered a musical equivalent to the power of suggestion. It’s the vocal’s on Today’s Sky which induce both my flat mate and I to skip the song every time it starts…

LP run limited to 300 copies including letterpress hand-printing on the sleeve.