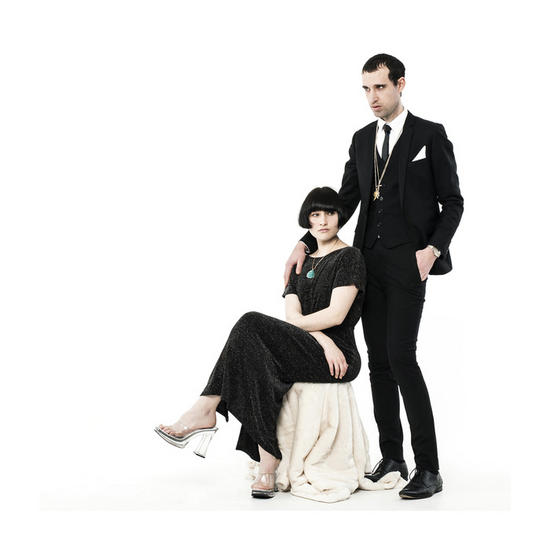 Sometimes I feel like I’m always late. Late to work this morning. Late to grow facial hair (34 and never had sideburns). Now too late to find out about White Hex whose Facebook says no more as of July 2015. White Hex’s second album, released in 2014, Gold Nights is so good I said I’d do a review anyway.

The Australian duo’s keyboards, guitar and bass project the listener into a bleak, but beautiful world. It’s minimal, clean and wonderfully produced. Tara Green is on vocal duties. Her voice is lavish, yet a little mechanical, a bit like Linea Aspera’s Alison Lewis. This works well with the bleak tones of the music. The drum machines are simple and almost martial in their beats.

It makes for super music to listen to on a long car trip, but most tracks are catchy enough to fill a dance floor. Shame I’ll never see them live to get my groove on… and what’s with militant Jehovas in the Paradise Music video?