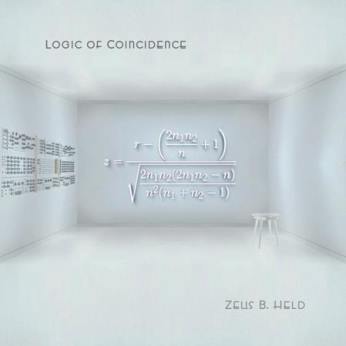 A producer's producer, Held is famous for his numerous production assignments with John Foxx, Fashion, Transvision Vamp, Win, Nina Hagen, Chas Jankel and somewhat surrealistically Spear Of Destiny. You can therefore imagine that Logic Of Coincidence is a mish-mash of styles and influence - and it is. Imagine ZTT's Andrew Poppy, Germanic ace Conny Plank and the likes of Trevor Horn, Steve Reich, Michael Nyman and Wim Mertens cuddling Held at a Paul Morley reunion party and you're someway there. This is a producer's album. Effects and programming a-go-go, Some Kind Of Illness sometimes feels like a demonstration album for a well-known keyboard manufacturer. This isn't a bad thing. The Glass Bead Dice Man is a Poppy-esque epic that traverses minimal classicism and arty boundaries, while Being and Time in Todtnauberg has an element of KPM library music about it (but in a good way) and Kepos Garden is a pretty ambient dalliance sharp enough to soundtrack your post-clubbing comedown. In fact, much of Logic demonstrates one man's familiarity with a mixing-desk just a bit too much. But I like Logic of Coincidence. Held is like Horn and Plank, an investigative producer and engineer whose very logic is governed by exploration and extravagance.