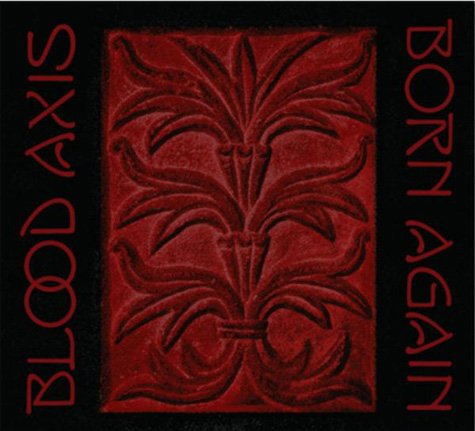 One of the most glorious names in the neofolk genre is without any doubt Blood Axis, and that’s quite a strange thing if you know that “Born Again” is only their 2nd album in twenty years time.

After having appeared on tons of different compilations, Blood Axis can finally announce the birth of their second album.

Even if Michael is using the typical neofolk themes, it remains a work of beauty. Musically, there's a good balance between neofolk, traditional folk en martial music. Even if some neofolk albums can be pretty boring, this is not the case with Blood Axis and that’s because “Born again” has become a very varied album.

This band finds its inspiration in historical facts and some songs are sung in German. Besides, when a journalist recently thought that Michael’s German pronunciation was beyond all levels, Moynihan reacted that it's German that’s been used in the Middle Ages.

Well, a lot has been said about Blood Axis, but as we stick to music here, all we can say is that “Born Again” is a brilliant album. Everyone who reads Peek-A-Boo will know by now that you can see these neofolk legends in Waregem (Belgium) at 19th August.