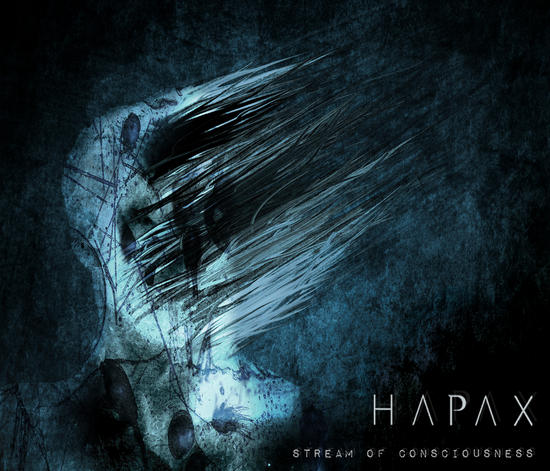 In a recent interview, the guys of Ash Code explained us about the exciting and magical times in Naples right now, with several electro/post-punk projects having seen the light of day in recent years. One of the bands they mentioned was Hapax, and it will not come as a surprise that, as for Ash Code, Hapax’ album is released on Swiss Dark Nights. It seems that the Swiss label is having a lot of flair at the moment, having signed such promising bands, and knowing that they have even more new thrilling releases in the pipeline!

But let us come back to Hapax, a duo that was formed last year by Michele Mozzillo, who is singing, playing bass and synthesizers, and Diego Cardone, playing guitar and synthesizers and also in charge of programming. That is already a lot on their shoulders!

They have just released their debut album Stream of Consciousness on Swiss Dark Nights, which is a perfect choice, considering the label's name. Indeed, this album is mostly cold and dark as a Swiss winter night, and it would be a perfect soundtrack for a walk at night on a mountain path, only hearing the music of Hapax disturbed by the cracking of the frozen snow under your boots…

Although the band was just founded last year, when playing this crafted cold-wave delicacy, you will think that these guys already have some interesting musical background. But this is just a guess, as their bio is rather succinct, and only tells us that the album is conceptually inspired by “the narrative device employed by some writers of the early XXth Century, which seeks to depict the multitudinous thoughts and feelings which like a flow pass through the mind before they could be logically organized in sentences” – rather interesting, as the lyrics indeed have their importance on this album. But what really matters is the undeniable quality of the compositions and the interpretation.

Stream of Consciousness kicks off with Untitled Heart and its synth intro may suggest that you are on an electro territory, but it is quickly disrupted by a bass line and a whirling guitar that could be reminiscent of The Cure. They make you plunge into the darkness of this post-punk/cold-wave that has its roots in the early eighties. However, the guitar and the bass become more discrete on the next songs, as ethereal synths take the lead, to create a much more melancholic environment (To the Other Side, When the Marble Falls) and bring Hapax closer to the musical universe of Sad Lovers and Giants or their compatriots of The Frozen Autumn, for instance. We can also hardly overlook the presence of another legendary ghost on this album, the inevitable Joy Division, not so much for the music, but because of Michele’s deep and intense bass voice, that often echoes Ian Curtis, mostly by its tone and the suffering that you sense he is sharing when he liberates the flow of disturbing words from deep inside his chest.

You should see those references as baits to capture your attention, and not as a means to argue about which bands could have somehow influenced Hapax, or to introduce them as just another post-punk revivalist duet.
Stream of Consciousness is really a superb album that requires and deserves some time and respectful listening again and again, until the album fully reveals all its beauty and refinements. It is even unlikely that one will fully appreciate the album only having listened to it just once or twice.

Surprisingly, although the guitar and the bass are very much present on most tracks, the ambiance of the songs is generally caused by the synthesizers that create waves of emotions that surround and embark you in their sadness and melancholy. As a matter of fact, several songs (When the Marble Falls, Time, As Empty Shells, Giordano Bruno) offer melodic synth lines that are not too far away from syntpop, or let us say at least upbeat synthwave, mixing catchy tunes and melodies that stay in your head, with darker, distorted guitars, or metallic drums, and most importantly by Michele’s voice, that always keeps the songs into a gloomy territory!

Hapax also makes some of its songs evolve in cycles, such as Giordano Bruno that starts with a minute of catchy, danceable synth tune, then dives into the darkness as Michele starts singing, getting even bleaker when the martial drums are added, but then letting the light appear again, allowing the catchy tune to overcome the darkness, for a moment, just before being definitely engulfed into despair again as the song ends. Stream of Consciousness constantly develops itself this way, presenting a combat between the light and the darkness, the happiness and the grief, from one song to another or even inside the songs themselves.

That said, Hapax is at its best when the songs are the slowest and the darkest, as with the very aptly named Spleen, cold as a winter fog, or with the agonizing Listen that wraps up the album, starting very slowly, then increasing in intensity, becoming industrial, before returning to the silence. It leaves you unarmed as the album closes, as if you were trying to grasp the last echo of something you once cherished but that finally escaped out of your reach.

It would be a mistake not to evoke the lyrics that show also the profound torture and sorrow, and mingle so well with the music. They are certainly printed on the booklet in the album for a reason...
“Black as the abyss where you found me […] Fetid as the bar where you left me” (When the Marble Falls), “In my chest there is no heart, Just an urn with my life’s ashes in” (Spleen) or “No word will relieve you, It’s the day of noise, Till the flesh will tear apart from bones, Listen till the end, And be with the end” (Listen).
Those words resound like those of Robert Smith in its darkest times (on Faith or Pornography) and while it may seem irrelevant to expatiate about the lyrics in a music review, when the music, the words and the album cover are so much synchronized, it is for a reason: they are part of the complete message delivered by the artists.

There is a lot of sadness, of mind torture and introspection on this Stream of Consciousness, and this is not an album for everyone, for sure. But the odds are that if you came up to this point of the review, such albums appeal to you, and so you should now be running to discover this unmistakable masterpiece! 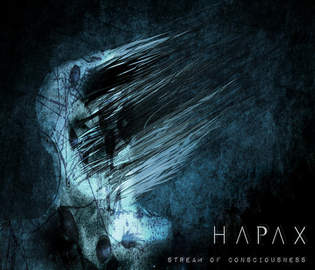 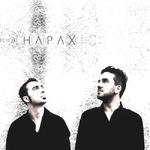