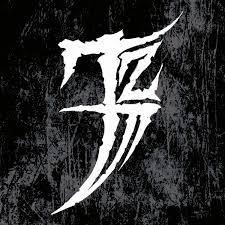 Monica Jeffries is a 28 year old singer from Hamburg, Germany. Actually she was born in Poland. She learned to play piano and guitar at a young age, and later she learned to play bass and drums as well. In 2013 she debuted with her critically acclaimed album Back to Eden. In 2014 she played as support for The Cruxhadows during their Light & Shadow-tour and in 2015 Monica will join Project Pichfork on their Blood-tour. She is also booked for Eurorock in Neerpelt, Belgium and for the Polish Castle Party.

Monica Jeffries’Old Demons EP was released on 31/10/2014 and counts 5 tracks. She describes her music as romantic gothic synth rock. You can hear influences of synthpop, dark wave and EBM throughout the album.

The EP opens with The road ahead. I like the sample in the intro: “quite an experience to live in fear, isnt it; that’s what it is to be a slave”. The song combines danceable beats with dark synth overtones. I also like the colour of Monica’s melancholic voice. In the title track the same elements return and guitars blend in nicely. Drowning in love is a slower track, reminiscent of Depeche Mode. I like the retro sound. The next track is a cover of Absolute Body Control: Surrender no resistance. It stays close to the original but it matches with Monica’s voice, that sounds more menacing this time. Waiting for Godot is another slower and melancholic track with gloomy synths. The vocal lines in Drowning in love and Waiting for Godot remind me of Mesh and are sung with a lot of emotion.