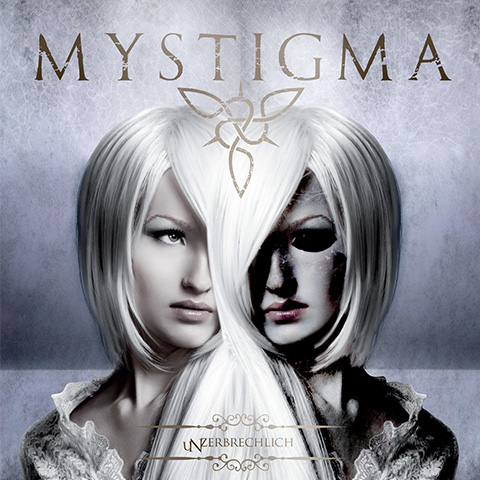 Mystigma are already around for 18 years. With nearly two decades experience you expect them to come up with a well formed sound and that's exactly what they have achieved on their new album. The band describes Unzerbrechlich as a new chapter in their history, and the album is definitely a big step forward. Whereas I used to compare them earlier with Rammstein, I have to admit that from now on Mystigma can only be compared with Mystigma.

Mind you, you definitely still hear influences, but that's only normal. The big advance on this album is that every song is an adventure on its own. Every piece sounds different. Sometimes it's gothrock, there's also a bit of glamrock or even melodic gothmetal in good old Crematory-tradition. There's even a nice cover from the Billy Idol-classic Rebel Yell included.

It's not a masterpiece as there's still some work to do on the vocals (they sound a bit too bland at times) but definitely recommended if you're into German gothrock.