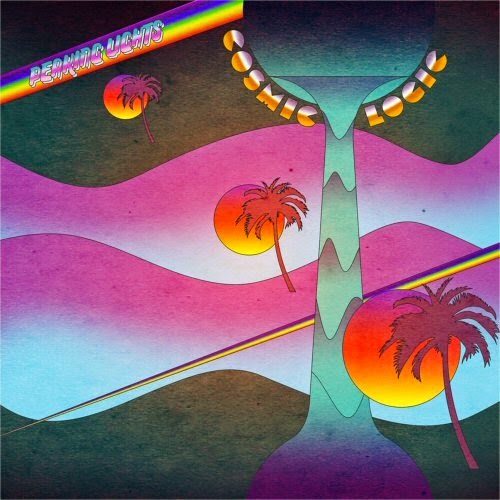 Although this husband and wife pairing are often lumped in with psychedelic acts, Peaking Lights have ensured that Cosmic Logic represents their more electronic side of their art, rather than the authentic analogue version that created earlier releases.

Suffice to say that album number eight (if you count the Lucifer Dub and rare CDrs of their earlier years) is an odd beast, jammed packed with minimal beats and barely-there melodies that tend to drift likably by without much fanfare.


The highlights include the squelchy Eyes To Sea, the airy Everyone And Us and the bouncy Hypnotic Hustle, all moderately memorable and great headphone-listening. Breakdown is a pleasant single-choice, little more, but New Grrls pays homage to strong-minded women of the past, present and future, observing that 'Riot Grrls gave me a voice...' and 'Joan Jett on the jukebox when I went out...'.

However, the rest of Cosmic Logic is a bit of a letdown when compared to 936 or the excellent Lucifer Dub album. Maybe Coyes and Dunis should just release dub-mixes of their albums - they're halfway there already with this sparsely produced set. Ultimately, Peaking Lights have swept away the darkness of previous albums and singles and replaced it with stripped-back pop that may or may not dwindle their audience numbers in the coming months.