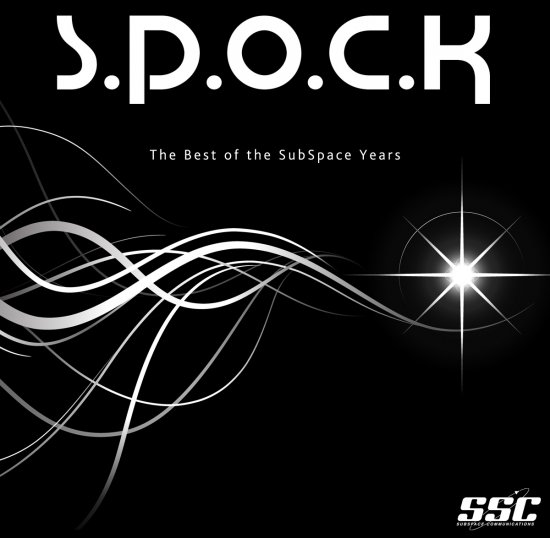 The Best of the Subspace Years

Finally a best of from our Swedish friends!

I saw them many time Live and each time they got me hooked, albeit in a funny way. It's a bit of a mix of Elvis Presley going synthpop with Star Trek visuals and more than enough funny side-notes. But I also know some people who hate this band, just as I know some who hate Star Trek.

So I leave it up to you who is wrong and who is right. According to me, Elegy made me a magical gift with releasing a live version of 'ET phone home'! I must say that they really have what it takes to make it live. This release lacks such a live version, which is somehow something that I am missing here.

But still: for the fans this is a great occasion & even for those who want to get to know them too; giving an overview of their most known songs and triumphs, although 'ET phone home' will always stay my number one. The first real song 'Reactivated' is a good starter,having everything that a good song needs, even when it sounds a bit like a boys band.

Some real classics are there, including 'Dr. McCoy', 'Where Rockets Fly', 'Alien Attack' (a real smasher), 'Queen of Space', 'Star pilot on Channel K' and 'Klingon 2000'. Granted, these are my personal classix, I'm pretty sure some fans will pick out some other ones.

To conclude: buy this one if you want to get to know this band or if you are already a fan of this band!

You can beam me up Scotty!

Next reviews
EWERT AND THE TWO DRAGONS • Good Man Down
THE BREATH OF LIFE • Whispering Fields
CRUISE [CTRL] • …Are Not What They Seem
PROMONIUM JESTERS • EP 2010
IN MY DREAMS • XII Reasons To Remember
DIRK GEIGER • Elf Morgen
• The Human Centipede II
DEATHCAMP PROJECT • Well-Known Pleasures
MARILLION • Best.Live
• Review of the Amphi festival 2012 in Cologne (Day TWO)