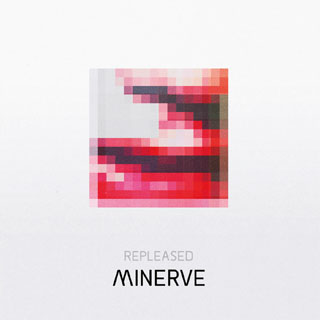 Minerve is a band that is, up to now, quite unknown in our small country (Belgium), but nonetheless it is a band with a lot of potential. I did some reviews on their earlier material and I've always had the feeling this band deserves more credit.

“Repleased” (2CD) is a best-of remix-album that offers a nice résumé of what the band is all about. You get 27 easy listening tracks, loads of (mostly tempered) beats, great lyrics and good vocals. No, Minerve is not a band of harsh electronics, but a smoother type of band with a sound resembling that of De/Vision.

Minerve does not compete in the “hardest beat-race”: lyrics and arrangements DO matter and you can hear that their tracks are made with love and care. OK, at times it sounds all terribly poppy, but that’s not disturbing in any way! My own special goose bumps moment? The ballad “I Welcome The Rain” featuring Richard Björklund of Spektralized.

I enjoyed this album very much and I must say (and I keep repeating it): give this album a chance and you will definitely NOT be disappointed!

Other reviews from MINERVE
MINERVE • Please