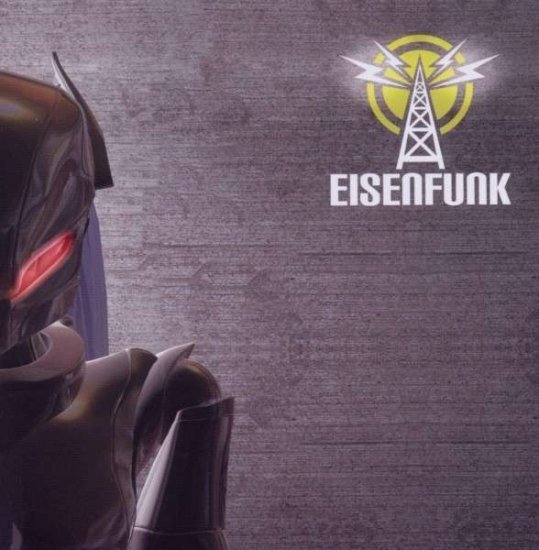 Eisenfunk celebrates their 5th anniversary and with this anniversary-album “Pentafunk” (What’s in a name?) they let the audience share in their festive mood.

Club hits like the YouTube-hit “Pong” or floor filler “Duck and Cover” have already shown that this band has a great sound with hard beats and distorted arrangements. On this album, it’s no different: the tracks are recognizable and are a nice follow-up to what we have heard before.

The album starts of with “Introludium”, a slow-flowing own version of the Eurovision-theme, followed by probably the first single of the new album: “Pentafunk”. At the end of the album, this song will be repeated in a Centhron-version (more bleeps) and a Bodyharvest-remix (smoother, easier). “Pestilenz” and “Neandertal” walk the same path, but with refreshing vocals instead of the usual samples. “Taiko” seems like a modern, crazy version of an Eastern Kung Fu Master-theme, with a twist. “Funk‘n Base” makes a small detour through Drum and Bass-land with some breakbeat fragments. The Final track “Jinglefunk” … Well the title says it all: their very own X-mas Carol!

The most surprising fact about this album must be that Eisenfunk is more than the straight-on beats people, from their club hits. OK, most of the songs on the album have these pounding beats, hitting your ears, but in between, you can hear there’s more to Eisenfunk than this!

A last thing worth to mention is that the release comes in 2 editions: the normal edition and a limited edition with extra tracks, a DVD and a set of self-created playing cards …