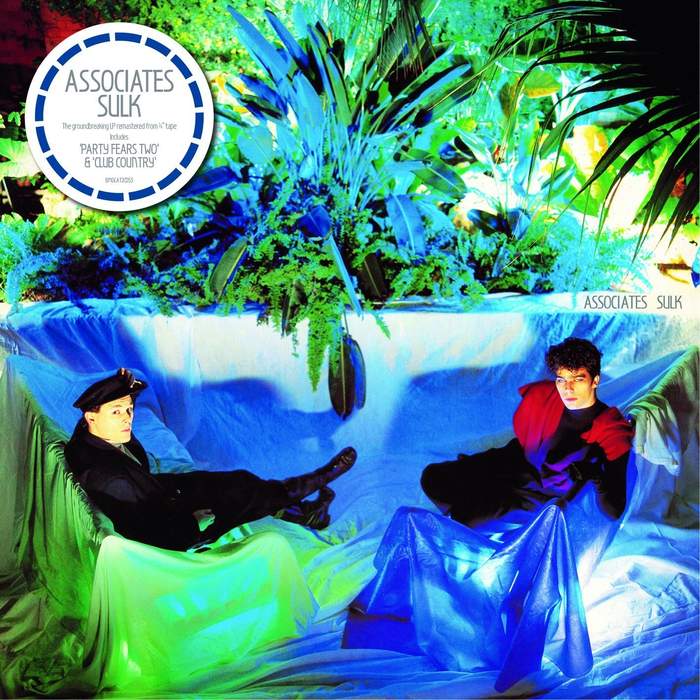 And so to the rather more lucrative, yet still leftfield Sulk. Packed with three hits in the form of the sublime ear-worm Party Fears Two, the discofied Club Country and the string-driven 18 Carat Love Affair adapted from closing track nothinginsomethingparticular (on the reissue - four if you count its double-a companion Love Hangover), 1982's must-have follow-up to Affectionate Punch continues the otherworldly resonance of before but this time dressed in a lavish, glistening, crystalline silver and gold lamé suit. Back when it was first released some 34 years ago, Sulk's audience could have also potentially been investing in new albums by the likes of previous label-mates The Cure (Pornography), Simple Minds (New Gold Dream), Roxy Music (Avalon), Talk Talk (The Party's Over), Donna Summer's self-titled effort or Cocteau Twin's peerless debut Garlands, such was the duo's appeal musically.

The extras on Sulk include various b-sides (though sadly not the terrific instrumental AG It's You Again - you do get the similar Me, Myself and the Tragic Story, mind) and demos aplenty. The John Leckie-produced rare track Australia is an especially fine nugget from The Associates' canon.