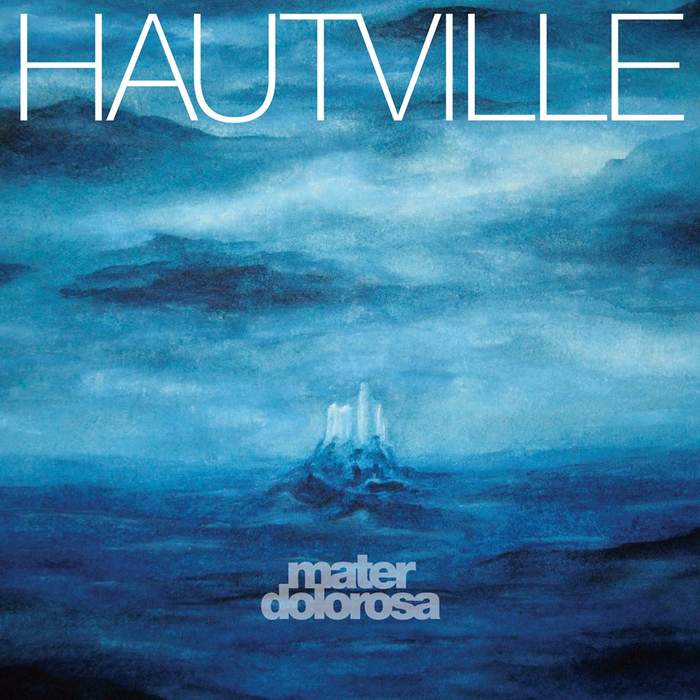 Music can be wonderful, even if you don’t you understand the lyrics. Yours truly is not proud that he does not speak Italian, but at least I understand the beauty and the emotion of the music. In 2006 Hauteville began as an acoustic project, but the Italian band is a neo-folk band now. Mater Dolorosa is the fourth release in four years and just like the previous one (Le Moire), it has been released on the famous SQPR label.

Dis Pater immediately seeks the way to your heart. The heavenly voice of Simona Bonavita is beautiful, the acoustic neofolk guitar by Leonardo Lonigro and the keyboards by Francesco Dinella sound just perfect. Neoclassical music with a dash of neofolk, and done as only Italians can.

On this kind of releases you often hear a bunch of similar songs, but Hauteville tries to be different on each track, and it always sounds moving. Artemide is almost classic and can be compared with the best of the compatriots of Ataraxia.

In Pietà E Constanza, you hear that the members used to be in prog rock bands, the delicious guitars refer tot the 70s. The song has a hippie feel, but that goes for all neofolk releases in a way. There is also tragedy on this CD. Le Ombre begins with a monologue and grows into a divine track with heart-breaking strings. Title track Mater Dolorosa sounds even more touching thanks to the guest vocals of tenor William Matteuzzi.

La Sposa is more traditional folk, but due to the symbiosis of the French and Italian language, it remains special. What we did not hear on this exceptional release is the sound of the trumpet. Giuilo Amico Padula uses them on Per Niente Non Sentire.

In the closing track we hear the fragile voice of Simona with a minimal piano (by Arturo Stalteri): simple, fragile, but pure beauty.

On this CD with eight tracks, you hear neoclassical (or if you like neofolk) of a very high standard!