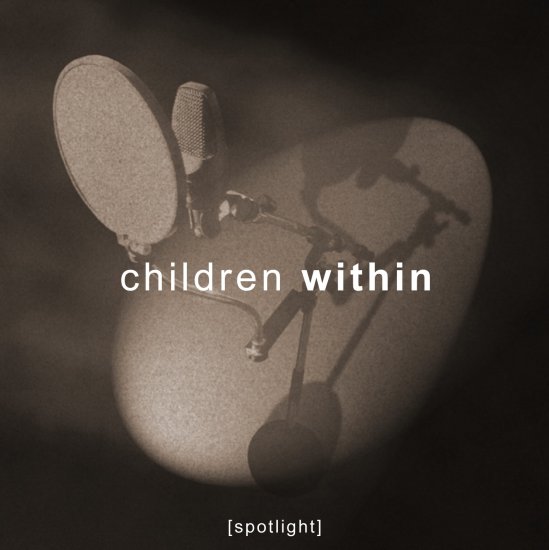 2011 promises to be a good year for synthpoplovers, besides exciting newer bands, it is also a welcome return for old heroes of the scene. Having followed the releases of Children Within since their first contribution on the legendary 'Shot' sampler series, I feared the worst after almost no sign of life for years. Their last album 'Freedom Of Choice' already dates back to 2004 and information about any new songs have been more than sparse, so you can imagine my excitement, when a new release was announced by Progress Productions.

'Spotlight' isn't exactly new, as the song was already recorded after the aforementioned album, but it would have been a sad loss, if the world couldn't enjoy the excellent so far unreleased track. I wasn't so sure after the first seconds, as I feared it would go a bit too much into the futurepop direction, but far from that, 'Spotlight' is one of those songs you can't get out of your head for days. Children Within definetely haven't lost a bit of their ability to write classic synthpop songs.

Fiberpunk offer us an interesting variation of the song, rearranging the chorus with parts of it now working as an intro to the original chorus. Hype (Robert Enforsen of Elegant Machinery fame) arrange it in a way, you could also imagine it being on a Hype album with spacey sounds on top. The so-called 'Album Version' rounds of the release with some spoons of futurepop added.

But that is not all, as we get a bonus song courtesy of 'My Thoughts Belong To No One'. A beauty of its own, with piano intro and the vocals being perfectly arranged to the floating synthsounds, normally a classic albumtrack for the people who love to dig a bit deeper to find beauty in sounds and not just consuming the obvious singlereleases. Hopefully a kickstart for more to come, because all the fans now need would be a completely new album...