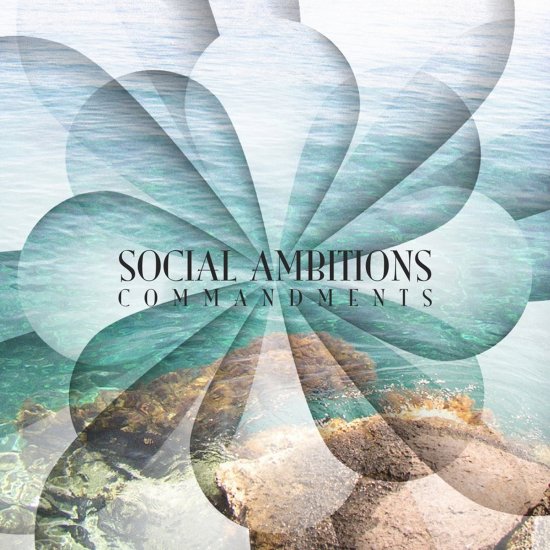 Swedish band Social Ambitions were founded back in 2006. After a couple of singles on Electric Fantastic Sound, the band released their debut album 'Almost Gone' last year. Reactions were really positive and the album was even nominated for an award at 'Manifestgalan' (Swedish Alternative Awards).

To my surprise, Anders and Mikael now offer us a brand new single with 'Commandments'. The song is an upbeat summer synthpop anthem with all the important ingredients of classic songwriting and arrangements, surely with a nod to the beloved good old days of the genre without sounding dated. It is one of those songs you can't get out of your head after you heard it a few times...

The second track is more on the experimental side, the sparsely vocoded vocals and soundscapes with quite some knob-twiddling on the synths characterize 'Paris' best. A lovely little single which increases the excitement for further new stuff by Social Ambitions.