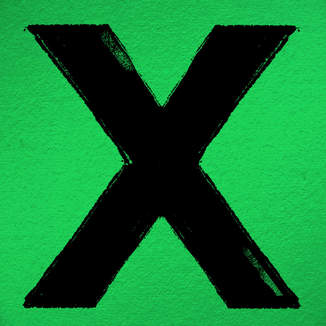 The thing is, I'm nonplussed by Sheeran's acoustic affectations and emotional sad-boy pop and X has done little to allay my suspicions that he's recycling the same song across an entire album.

Well maybe not the same song but certainly the same style, the same key even. As an experiment, after listening to the whole thing in one sitting, I skipped back through the tracks on Spotify and you know what - until the 5th tune, the piano-fronted Nina, it all sounded like identical strum-glum. Nina is actually the highlight of a laboured first half - like a World Cup match with very little chances created, this is a sub-rapped, sub-sung set-piece that finally hits the back of the net.

From this point, X settles down a little - a few more chances on goal with Bloodstream and Runaway - but for me, there's far too much pained navel-gazing and only The Man has any menace about it. I guess you have to 'be there', as they say.