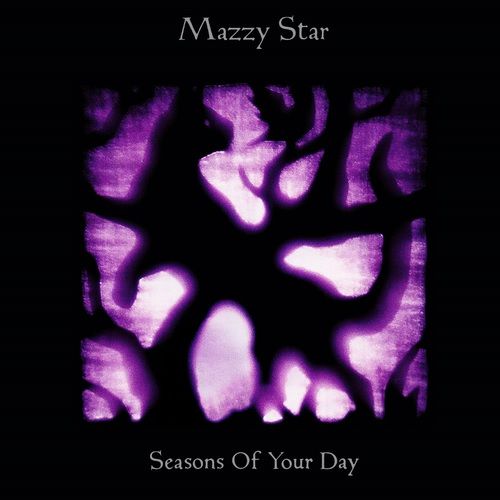 Seasons Of Your Day

Sometimes it’s hard being a fan. Take those fromMazzy Star for instance. An excellent band that somehow discovered the missing link between Jefferson Airplane and Cocteau Twins. They made three masterpieces She Hangs Brightly (1990), So Tonight That I Might See (1993) and Among My Swan (1996). And then it was over…. And now, 17 (!) years later they’re back, pretending nothing happened during those two decades.

I guess that most fans from Hope Sandoval and David Roback have found other horizons so far, but for those two stuck to their original roots: Mazzy Star still make dreampop that has in much in common with 4-AD as it has with Fleetwood Mac.

Think of ethereal country (whatever that might mean), think of excellent pop as in some way they’re a bit the Californian equivalent of Slowdive.. There are so many pearls to be found on here: Flying Low or Lay Myself Down to name only two.

Mazzy Star are joined by artists who were in bands like The Rain Parade, Opal and The Warm Inventions. Two of those musicians (Will Glenn and Bert Jansch) are already six feet under, so imagine how long those recordings took….

Saying they’re back is probably far too exaggerated as logical wise (even if we hope that's not), their next album will be released in (!) 2032. In the meantime there’s plenty of enough here to dream some nights. To be filed next to you other three Mazzy Star-albums. A classic? Kind of….