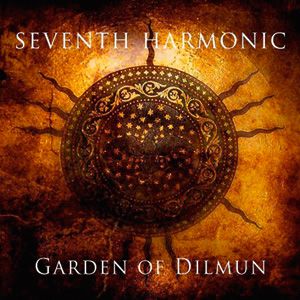 Once Out Of Line seemed to be known as the label that was specialized in electronic sounds but even if they're still at the forefront of this genre, they haven broaden their horizons and they even seem to become the new haven for Cold Meat Industry-artists.

Last year we saw the triumph of Ordo Rosarius Equilibrio and now Out Of Line repeats the same trick with the newest release by Seventh Harmonic.

In some way you can say Seventh harmonic are a band like This Mortal Coil as it's more a group who have something in common, in their case that's an extraordinary ethereal female voice as Seventh Harmonic only groups women who are in bands like Sol Invictus, Narsilion, Arcana or Veil Of Blue.

At a first listen you'll tend to classify this as medieval dark wave and that's of course because those voices remind you immediately of what Lisa Gerrard is doing, but still Seventh Harmonic are more than just another band who profits from the fact that they can rely of exceptional voices and become a sort of Dead Can Dance-clone.

The music that surrounds these voices is kind of dark ambient-inspired.

Perfect music to dream away on, even to close your eyes to but in case you're seeing some knight standing in front of you, you better know you're in deep trouble then.