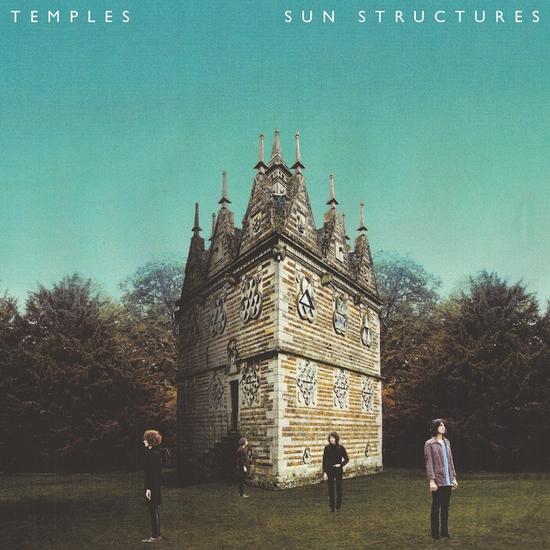 Temples starts a a mix between The Beatles and Oasis! They describe themselves like this: 'Temples are a psychedelic group from the Midlands, England.' Well, I agree with it! Nice music, well mixed, with a retro 70's sound, a bit mellow, dreamy pop. For sure the first song 'Shelter song' is really reminding me of The Beatles! 'Structures' is a more power driven song with nice drums and a sound like in the full flower power period of the Beatles. Most of the other songs are a ray of light: sounding shiny and very happy with a nice retro hook! The first single is also a direct hit, loved it without first knowing that it was the first single. I was dreaming away, floating on the vibe of this great piece of art. Another nice one was 'A question Isn't Answered'. The last song really hit me with the psychedelica: 'Fragment's Light', I'm still dreaming and floating...

Maybe you will too, after buying the cd or after their gigs...

The cool thing is that I'm just back from a trip to London and it was clear that they are hot overthere, as I saw in almost every record store promotion for this album! So what is the old continent waiting for...

The 12-track album was self-produced by the band's James Bagshaw and mixed by Claudius Mittendorfer. The album will be available on CD, download and double vinyl.

The tracklisting of the album is as follows:

Other reviews from TEMPLES
TEMPLES • live at the Botanique, 31/3/2014, Brussels, Belgium