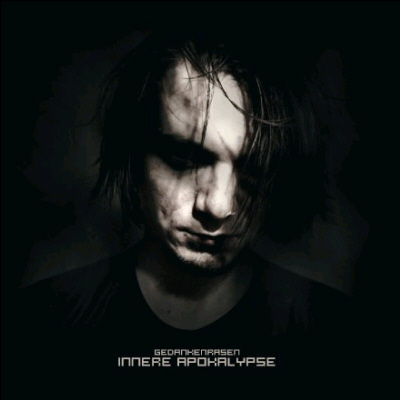 Gedankenrasen was, until now, an unknown project to me. I took a quick look at the inlay and saw quite long lyrics. I expected a poetical Goth/dark/wavy project … but dear was I wrong! It has been a long time since I heard this kind of lyrics on an electro-album. Strangely enough even the timbre, the beats and the arrangements made me think of a Goth band. Not the darkwave stuff, but “Goth Electro”, like Das Ich, especially in tracks like “Angst”, “Zukunft Wird Vergangenheit” and “Ihr Habt”.

Sometimes the vocals are cleaner and the songs sound (almost) like futurepop (“Ist Das Alles”, “I Failed Again” and “I Wait For You”). The band also explores the noise-side of the musical spectrum with “Zündung” Und Feuer (Schicksals Kuss)”. Easy listening breakbeats (“Zerfall”) and a touch of old-school EBM (“Einfach Immer Weiter Gehen”) can also be found on this album.

Gedankenrasen switches between different styles, and it all sounds good, but it seems like the band is searching for the right direction. I know the direction I would choose! To me the highlights on “Innere Apokalypse”, are the Das Ich stuff, which we hear to little in “the” scene.