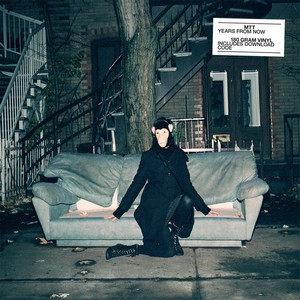 The Dutch MTT, formerly known as Minus The Tiger, mixes wave with quiet super cooled dreamy pop with a dark twist. Think as reference for instance Fever Ray. MTT is however more wave oriented and contains more guitar and some of the songs have more speed than the mentioned band. The music can’t be compared with their more cheerful earlier work. It’s logical that they’ve changed their band name (which was originally inspired by the cat of singer Anne Broekman), because the music sounds completely different than before. MTT sounds more melancholic, more mature and more interesting. The use of electronic and electronic guitar combined with the modest way of singing of Anne fits perfectly together. It’s almost perfect, because the last song ’Warning’ isn’t inspiring enough. Beautiful songs like Nevermore’, ‘Land’, ‘Years From Now’, ‘Light Up’ and ‘Song And Dance Man’ prove however that MTT has grown impressively.