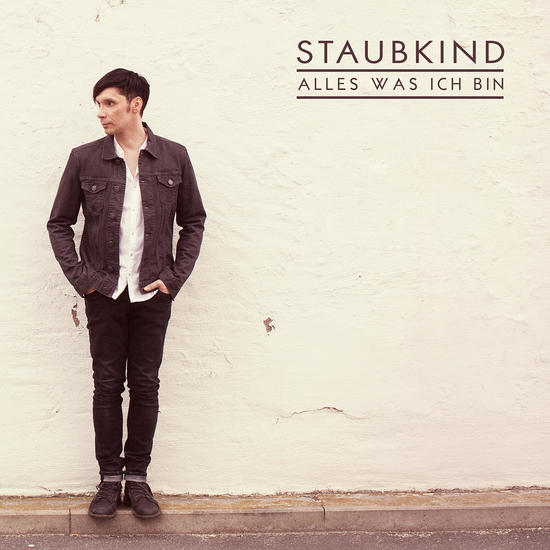 Staubkind was founded in 2003 by vocalist Sven 'Louis' Manke and is based in Berlin, Germany. The band consist of Rico Meerheim on guitar, Friedemann Mathinger on drums, and Sebastian Scheibe on bass. Staubkind took insperations from artists such as Oomph, Zeraphine or Evanescence.

The new album from this typical German rock band is called 'Alles Was Ich Bin', with 13 tracks full of character and really fantastic lyrics about dreams, love and feelings. With this mix of rock and ballads Staubkind gets directly into the hearts of the German music lover, even more, this band goes like a bullet in the German charts.

After the intro 2014, this album starts with 'Den Trauemen So Nah', and gives directly a nice impression of what can be expected. Beautiful and powerful German rock with lyrics worth listening to. 'Wunder' is a perfect example of a fantastic German love song, the vocals of Sven Manke give something extra to most songs. Personal favorites are 'So Still', a track brilliantly composed and the tempo changes and impressive lyrics are great, and 'Traumfaenger' a perfect ballad, only piano, emotional vocals and deep lyrics, just perfect and will surely give you goosebumps.

Most tracks on this album have a perfect mix between rock, and melodic ballads, and with no fear for sensitive and emotional lyrics. Music and lyrics straight from the heart!

As this is a really German based rock band, i'm not sure that they have the intention or are intrested of making it outside their home country. Comparisons with a band like Unheilig are never far away. Hopefully 2014 becomes the year of Staubkind, after more than 10 years, this beautiful album and a big German tour. Maybe one day a more international approach would be nice.