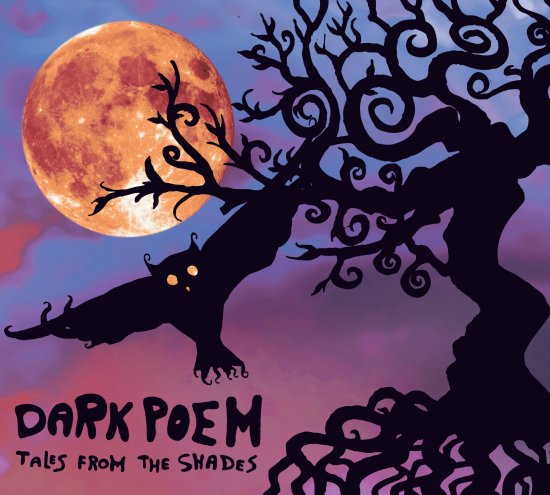 Tales From The Shade

One of the best demo's I received two years ago, Dark Poem are three girls making music what they themselves call "fairy-electro". It's a good way to describe them, their haunting and seductive vocals fit perfectly on percussion and electronics.

After the intro, you get one of three songs previously featured on their demo, respectively "Silent Noise", "Keep Your Eye On The Path" and "Violet Fire". In between, "Predator" is slow and menacing, "Curse of the Forest Nymphs" is more upbeat with seductive moans and great rhythm sections. More pounding percussion in true old school industrial style are found in "Shadowhuntress".

I love the vocals, Raya and Sophie really get under your skin. There is a change to more upbeat electro in "No Life In Here" and "Euphoria", both good songs with (as usual) lots of variation in sounds and instruments. "Too Dark To See" even sounds a bit like coldwave, the unusual sounds remind me of old Siglo XX (Some Have A Laughter). Another surprise is the jazzy "Celebrating Death", moving further on what the did during their work with La Femme Verte.

Like I expected, a great debut album of a band in touch with their dreams and desires. For fans of Dead Can Dance, C Cat Trance, Coil, Hybryds and other bands that float between different genres... And great to see live, you can check them out soon at the Porta Nigra festival in Dusseldorf (GE) and in Aarschot (BE).

Other reviews from DARK POEM
DARK POEM • The Fire Lives Inside