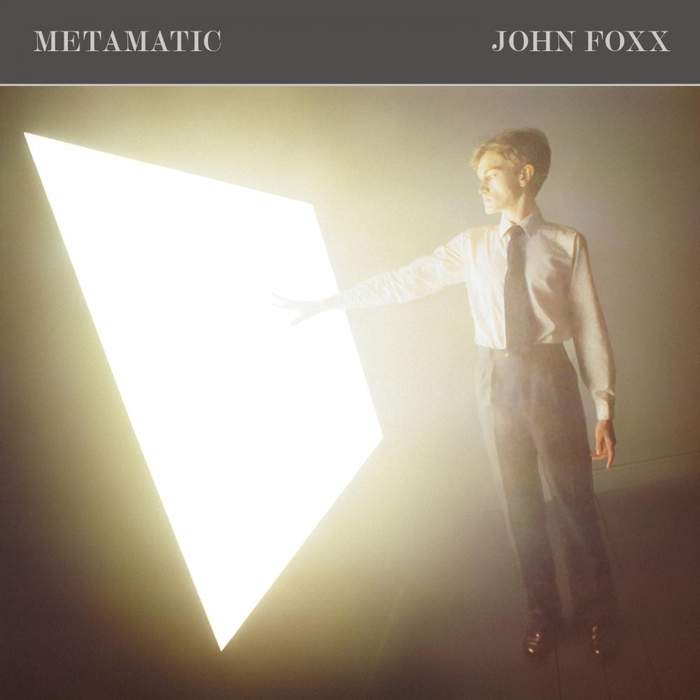 Long heralded as the pioneer of synth-pop since the '80s, it could be argued that John Foxx was already ahead of the pack by the time his last album with Ultravox hit the shelves some 18 months earlier.

Where his debut solo-album Metamatic scores kudos over 1978's Systems Of Romance is obvious from the first few bars of opener Plaza. Crystalline synthesized drum-beats and eerie ghostly melodies, laced with a few retro bleeps and fractured lyrics meld perfectly to realise the then young Chorley lad's vision of Ballardian dystopia and disenfranchised urban renewal.

This triple-disc set has been a while coming - a handful of previous reissues haven't quite scratched the surface of what has been lurking in the vaults for the past 38 years, yet this one more or less wraps things up. Of course you get the original album all to itself on the first disc - the (minor) hits Underpass, No-One Driving and abroad A New Kind Of Man still match any young pretenders' efforts today. But it's the darker expanses of Touch and Go, 030 and He's A Liquid that add fibre to Foxx's machinations with hefty beats, grandiose melodies and widescreen production.

As a concept, Metamatic seemingly borrows heavily from Man Machine-era Kraftwerk and selective snippets of Neu, Cluster, Bowie, Throbbing Gristle and other Industrial Records luminaries. Evidence of this can be found on the second disc of b-sides and alternate versions - tracks like club-hit Mr No, the spectral instrumental Glimmer and shutter-speed Film One are astonishing considering their age - while My Face remains one of Foxx's most commercial tracks that never garnered anything more than a flexi-disc issue with Smash Hits. And then there's Burning Car. A massive synth classic that every home should blast out. Loudly.

Spotters will probably want to seek out the steely electronica variants on the third disc. Mostly instrumental, avant-garde pieces like A Frozen Moment, Over Tokyo and Fragmentary City are short suites inspired by Foxx's intent on exploring sound beyond the confines of pop. Not far-removed from early Human League or your average Dr Who episode, much of disc 3 is unnerving yet compelling. Steer your ears towards Critical Mass and hide behind the sofa.

The set closes out with more takes on familiar tracks plus a vocal version of 20th Century in the form of Miss Machinery and a rough recital of future Golden Section favourite Like a Miracle.

A must-have round-up, designer Jonathan Barnbrook adds to the occasion with a neat booklet, art-cards, lyrics, photos, but no sleeve-notes.