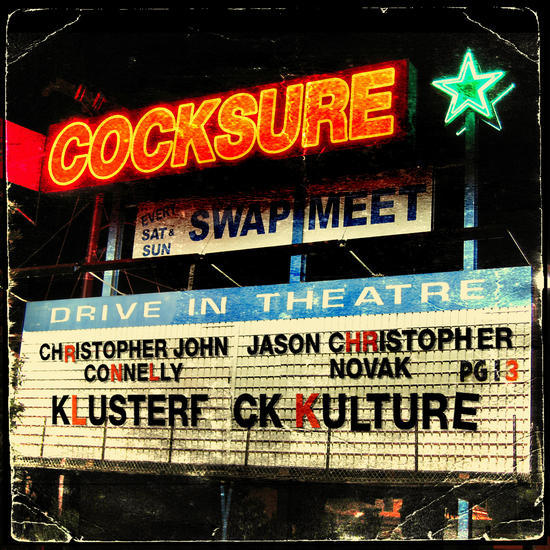 Cocksure is a new Revolting Cocks spin-off with long time Revolting Cocks/Ministry collaborator/composer/singer Christopher J. Connelly at the steer, together with Acumen Nation front man Jason C. Novak.
With this first release they seem to fill the gap that occurred when Waxtrax! ceased to exist in the 90's successfully. This EP opens with 'Klusterfuck Kulture', a track that could easily have been on the 1990 Revolting Cocks album 'Beers Steers & Queers'. My guess is that Chris rediscovered his case with sampler floppy discs, the same sample disks he had to trow away when Ministry/Revolting cocks leader Alain Jourgensen decided to leave their, original sounding, industrial path with both projects and hit for the easy and more common the road into Metal scene. Also the other tracks on this EP like 'Assault on Cocksure 13' and 'Guilt, Speed & Carbon (Sucking on Monoxide Remix)' breath the same spirit and sound dark, harsh and uncompromising!
I guess this is what a lot of old-school Ministry and Revolting Cocks fan were waiting for! The sound of Waxtrax industrial is back! Hallelujah!