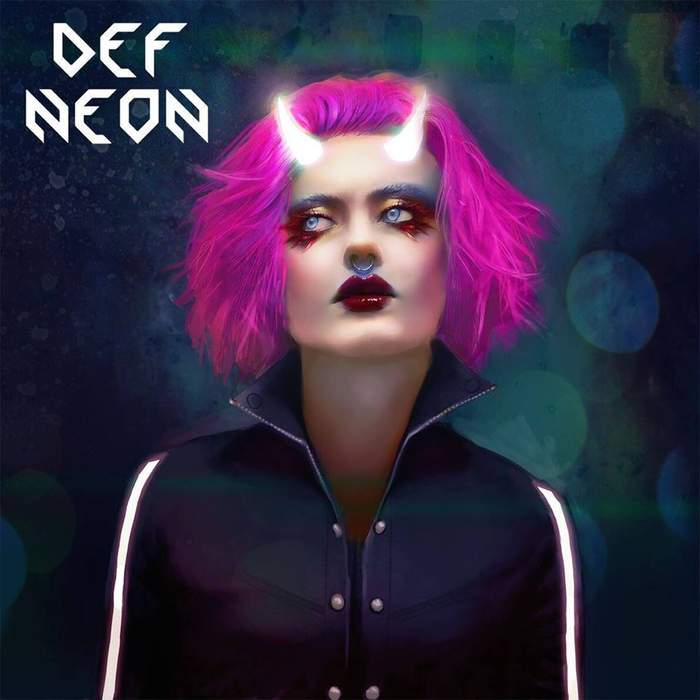 A combination of (indie) rock, electro, synthpop and a strong bass. That's what Def Neon from North Wales (Wrexham) has to offer and the first album will be out on Analogue Trash Records by the end of 2016. The band performed with Pop Will Eat Itself, The Orb and The Birthday Massacre and wase praised by critics forits energetic performances.

Rotoscope contains of a recurrent synth rhythm, drums and catchy melodic guitar work. The lead singer’s vocals sound poppy. Destroy has the same ingredients. It's nice to hear the influences from very diverse styles. It sounds poppy and funky, but not boring.

Distorted guitars and a retro-sounding synth melody in Night Vision. The guitar dances with a solid rhythm section. Stand-up rumbles on with an interminable percussion, Jed Is Dead is experimental electro, with lots of bleeps and a catchy, mysterious synthesizer tune. The guitars take the lead in Damaged, the bass strings are tormented painfully. But they seem to love it....

Chocolate is topped with distortion and some noisy fragments, the guitar work is not really hard.

And than the greatest song on the album: High Hopes. Great to hear the explosive combination of elements from all kind of styles. The vocals sound slightly more alternative. Winter is synth pop in a more pure form. Nice beat, danceable and catchy. Stop sounds solid and hard. It includes elements of garage rock and grunge with guitar work that sounds like Van Halen.

The conclusion? A classic? No... Varied? Yes. A band with potential? Yes. If this band can do the same on stage with the same energy, I may be one of the spectators.