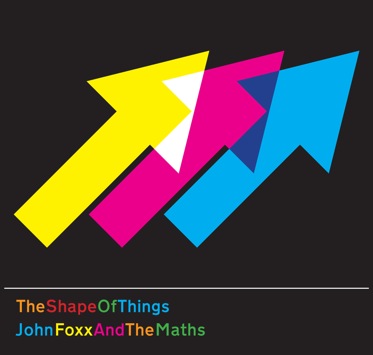 The Shape Of Things

One year after the CD "Interplay", which marked John Foxx's successful return to synth-pop, "The Shape Of Things" seems to be a perfect continuation, as if both albums were part of a diptych. The cover design is in the same style, also a creation by typography demi-god Jonathan Barnbrook. We find here again Foxx' signature of vintage synth sounds, soulful vocoder-enhanced vocals and magnificent atmospheres. Here again, Ben 'Benje' Edwards plays the role of the synth wizard and soundscape architect. Far from being nostalgic, John and Benje consider those vintage analog sounds as the future, the "post-digital" era.

First of all, you get beautiful worked-on tracks like "September Town", "Vapor Trails" and "The Shadow Of His Former Self", the three dominating tracks of the album. But besides, there is also an important experimental side here with tracks that are reminiscent of Foxx's more introspective period, especially "Invisible Ray", that sounds like "Cathedral Oceans" and other tracks that show new developments for the future. "Falling Away" shows again John's interest in the Beatles of the period "Tomorrow Never Knows". The last track, "Where You End And I Begin", features Tara Busch on vocals, an American artist close to Johan and Benje. The other members of the 'Foxx gang' also collaborated on the album, especially Hannah Peel (her violin melodies in "The Shadow") and Serafina Steer. In a nutshell, an album that looks a bit like the little brother of "Interplay" but also sets a new brilliant milestone in the career of this unique artist.

Listen to "The Shadow Of His Former Self" here.

Next reviews
THE OUTSIDERS • Close Up
SOAP&SKIN • Narrow
DEAD VOICES ON AIR • Michael And The Angels Fought
THE OUTSIDERS • Calling On Youth
FRONT242 • At Coliseum in Charleroi with Texas Trauma and Fouck Brothers
ALIEN VAMPIRES • Clubbers die younger
RABIA SORDA • The Art Of Killing Silence
THE FALL • Ersatz GB
HUSSEY/REGAN • Hussey/Regan
MILITIA • At GothVille festival in Herk-De Stad on 16th March 2012 with Vic Anselmo and C.I.A.